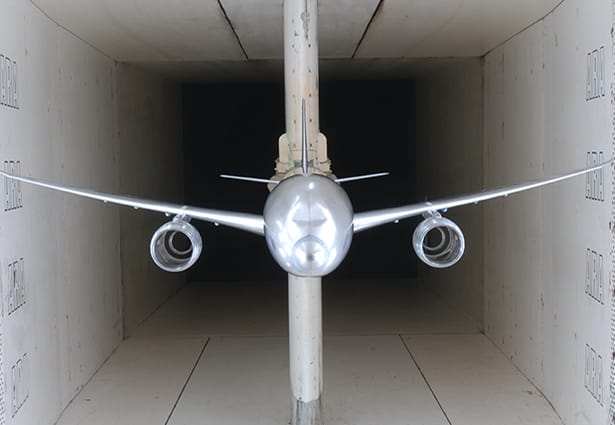 Long-standing customer The Aircraft Research Association Limited (ARA), based in Bedford, operates and maintains a transonic wind tunnel which can accommodate a wide range of aircraft models and test types. The facility’s rotating plant had been in operation for over 60 years, and Quartzelec was called in to review the original design with a view to replacing the elements – the DC motor and motor-generator set – with modern technology.

A detailed analysis of the complete electrical set-up was undertaken and recommendations for improvements were submitted in late 2012 which resulted in the award of a £515,000 contract to carry out a body of work.

The Aircraft Research Association wind tunnels are used to test scale models of aircraft and weapons to obtain data that is critical for its customers to assess their air vehicle’s aerodynamic performance. Providing a key link in the aircraft development cycle this facility enables the aerospace industry to validate and complement computer-based analysis or to investigate physically complex flows with a speed and reliability which is still beyond even the most powerful of today’s computer based simulation capabilities.

All the renovation work was carried out on the ARA site in Bedford by highly experienced Quartzelec personnel with support from on‑site ARA engineers and with various key components being fabricated off‑site by several suppliers. The work included the replacement of the existing motor-generator set controls with a 12-pulse thyristor-controlled DC drive; replacement of the existing 1200HP DC pony motor originally manufactured by English Electric, Stafford; and the overhaul of the existing DC pony motor for use as a spare. Part of the upgrade was also to replace the Ward Leonard (MG Set) with a state-of-the-art drives control panel to drive the DC motor.

During the contract delivery phase, Quartzelec also received the go ahead for the refurbishment of the 20,000 HP, 11kV, 12 pole main AC motor. This element of the project commenced prior to the scheduled Christmas 2013 shutdown and was completed before the end of January 2014, just ahead of completion of the main contract, and in preparation for the next phase of customer analysis work that required the use of the wind tunnel.